Mercer’s Institute for Successful Ageing is an ambitious new project on the campus of St James’s Hospital which was opened by  President Michael D Higgins in December 2016. The building is a new seven story structure with 116 new single inpatient rooms; with outpatient therapy and support spaces. MISA is a centre of excellence for the treatment and well being of the elderly and treats in excess of 16,000 patients a year over the age of 65. The concept of the Institute has been in development for approximately 30 years with the Board including key Clinicians at St James’s and Lectures at Trinity College. It was duel funded by the HSE and a private American group, Atlantic Philanthropy.

Allied  was awarded the contract to create an atrium overlooking the foyer. We used Komfort Polar Single Glazed Partitions EI30 (30 minute integrity and 30 minute insulation with a fall protection of 1.0KN/M). It is a virtually frameless system using translucent silicone glass to glass joints with no vertical posts between modules, corners or three-way junctions. Komfort Polar Single Glazed is available with +/-15mm and +/- 25mm deflection heads. 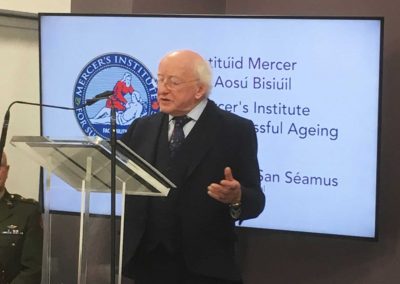 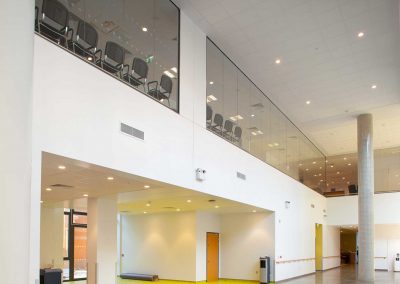 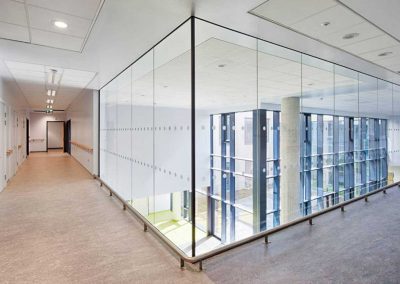 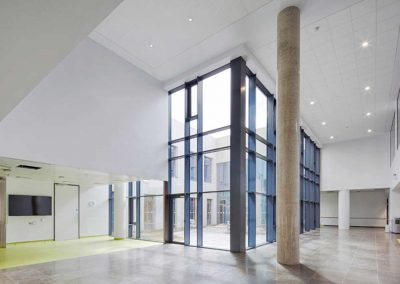 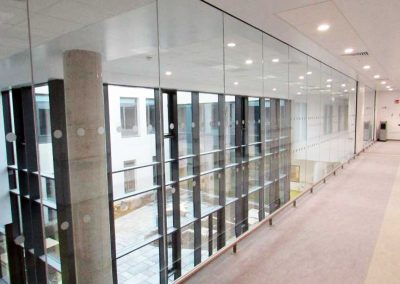 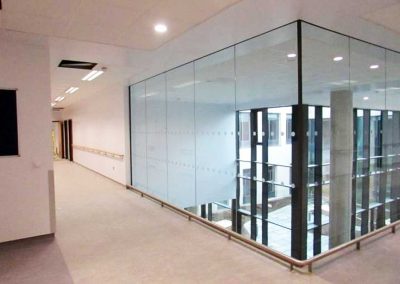 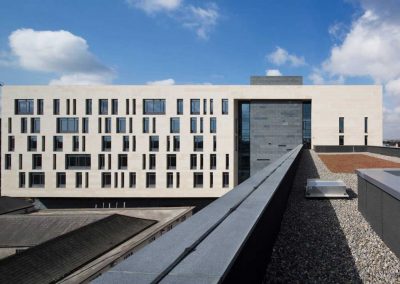