Video TourGallery
;
PLP Architecture was commissioned to design The Edge, Deloitte’s new offices in Zuidas, Amsterdam’s business centre. The ambition of the project was two-fold:  to consolidate Deloitte’s employees, previously spread around multiple buildings throughout the city, within a single environment; and to create a ‘smart building’, intended as a catalyst for Deloitte’s transition into the digital age.

The atrium acts as a giant theatrical device: a stage that is visible from the surrounding offices which are arrayed as an amphitheatre around it as well as a lens that broadcasts the multiplicity of social encounters as a civic spectacle to the city beyond.

Awarded the BREEAM Award for Offices New Construction in 2016, and the public vote for the prestigious Your BREEAM Award

Sound proofing Up to 53 dB

All integrations of Living Options possible 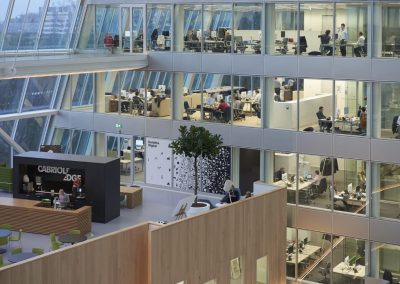 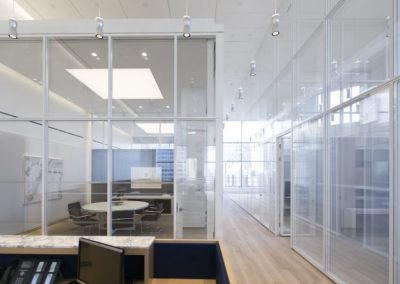 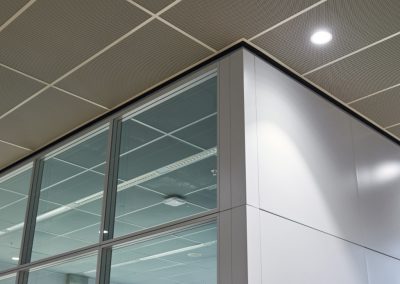 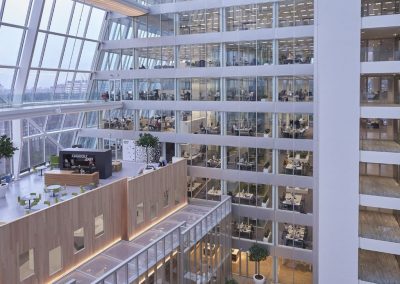 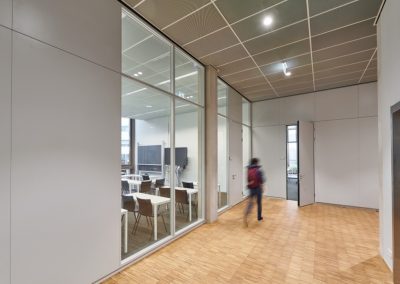 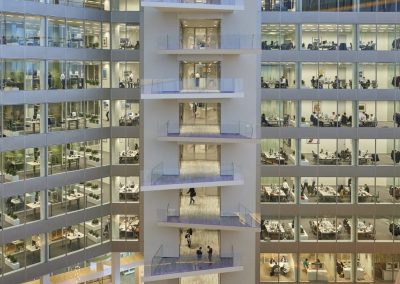 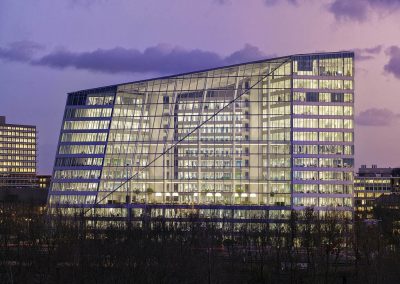 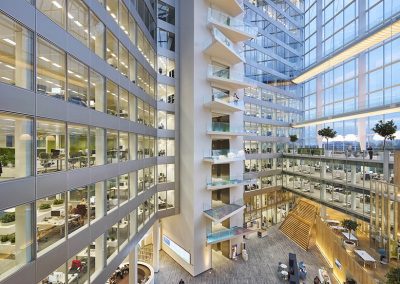 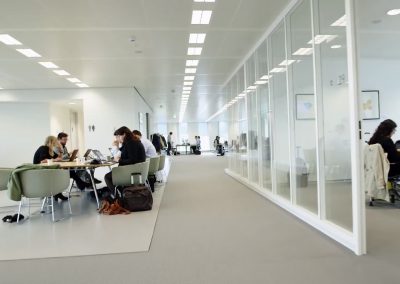 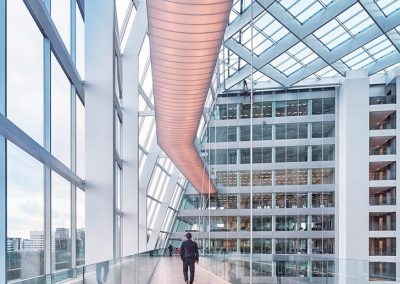 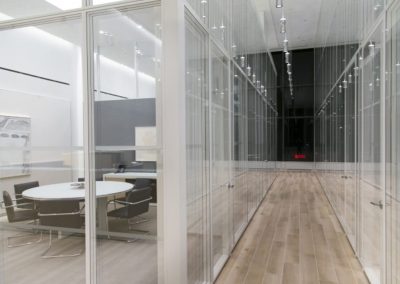 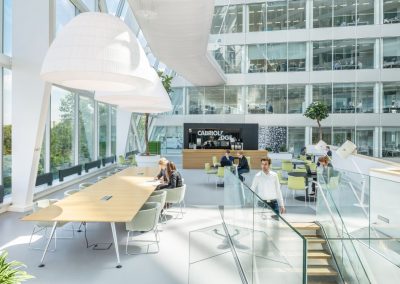 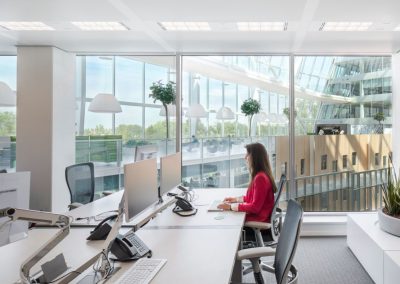 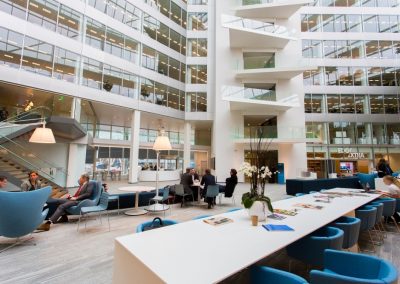 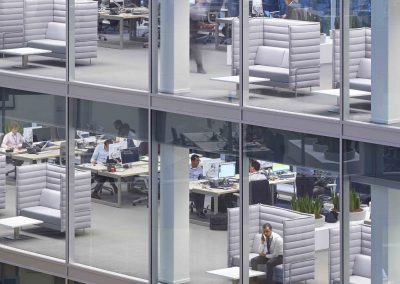 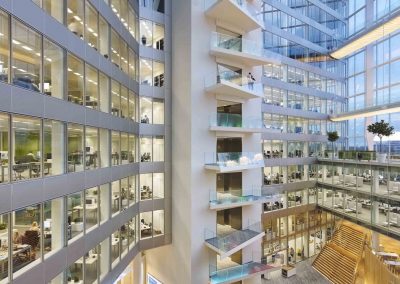 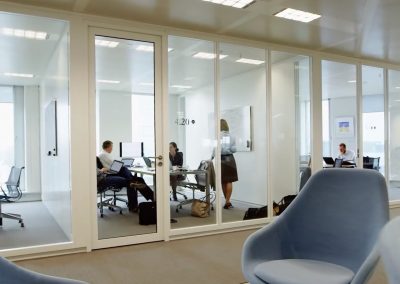 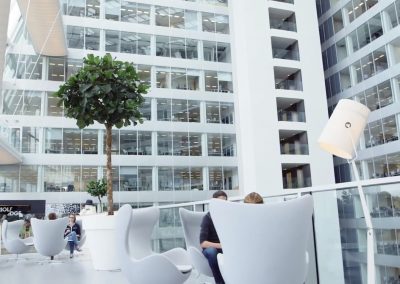 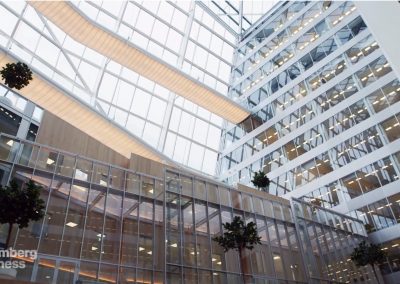 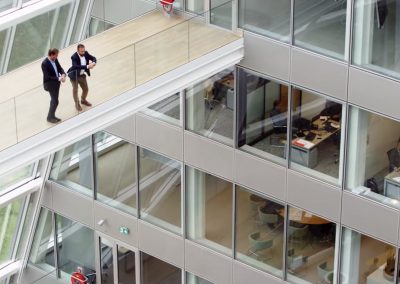